Appraise and find values for
Marine Corps Battle Report on Attack on Pensacola... 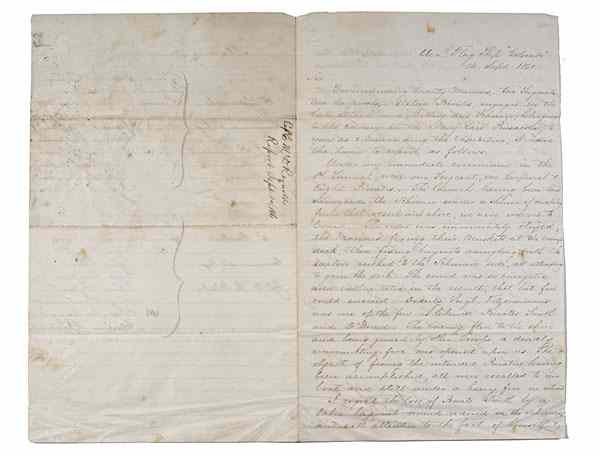 Marine Corps Battle Report on Attack on Pensacola Florida 1861 3pp DS dated U.S. Flag Ship "Colorado" 14 Sept. 1861. The battle report of the pre-dawn... [this item is NOT for sale]