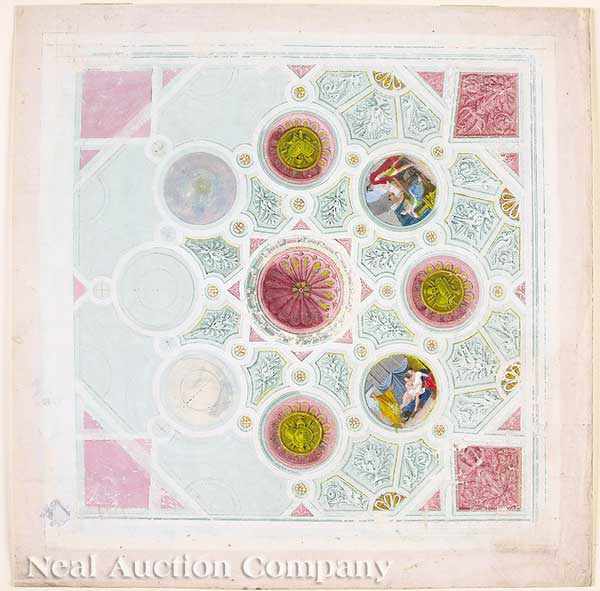 Marco Capinucchi (Italian known active 1825-1845) "Neo-Classical Design for the Ceiling of a Square Room" 1841 with graphite sketch plan of a theatre en... [this item is NOT for sale]