Appraise and find values for
MOREAU Hippolyte. 2 Figural Groupings - As... 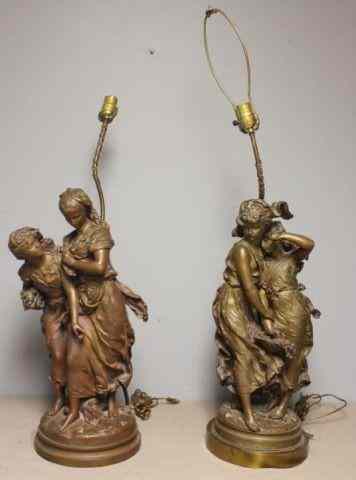 MOREAU Hippolyte. 2 Figural Groupings - As Lamps.Both signed on bases. Hippolyte Francois Moreau French/American 1832 - 1927. From a Mamaroneck NY estate.... [this item is NOT for sale]