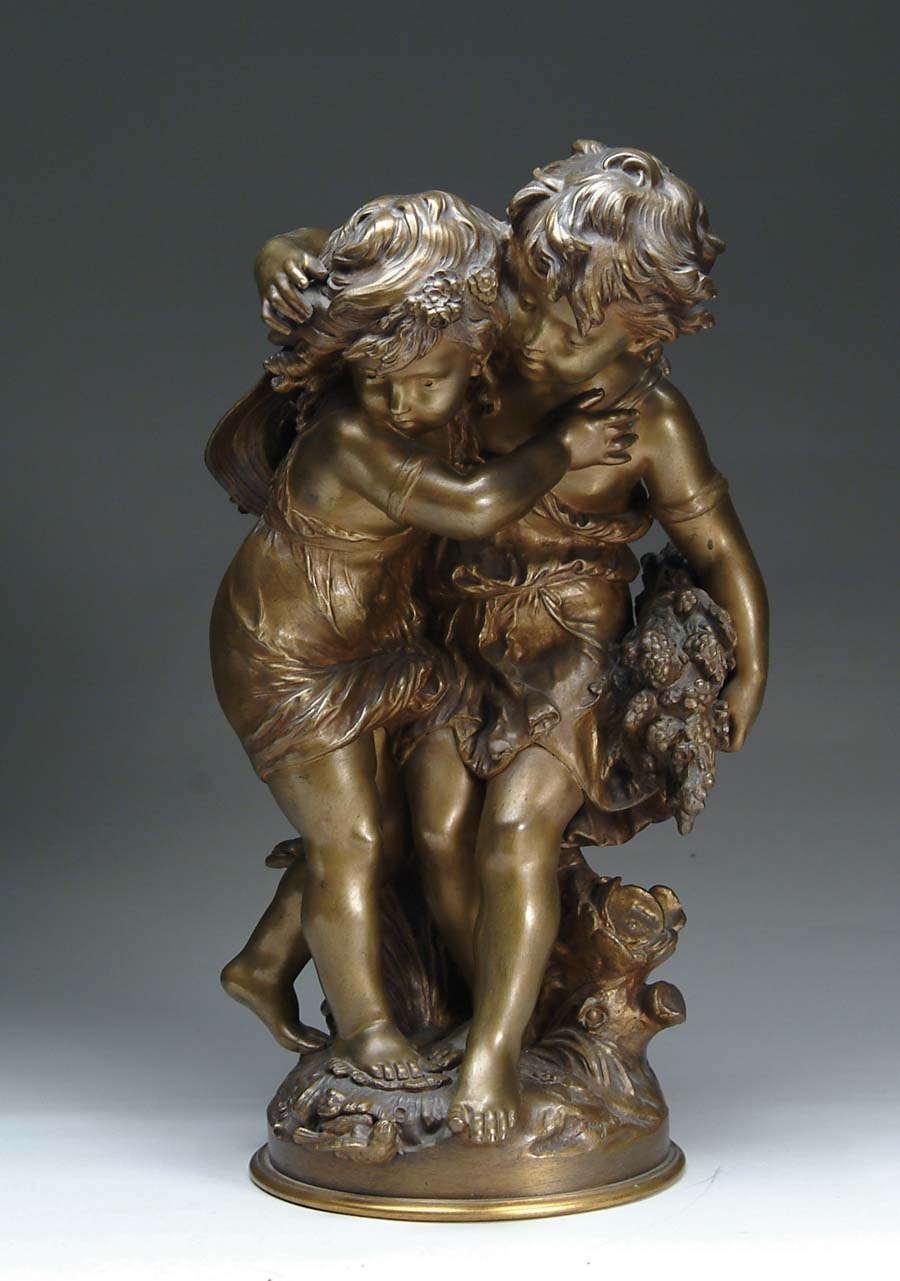 MOREAU BRONZE. Fantastic bronze by Auguste Moreau depicts two children embracing. One child is carrying a bundle of flowers in one arm and the other child... [this item is NOT for sale]