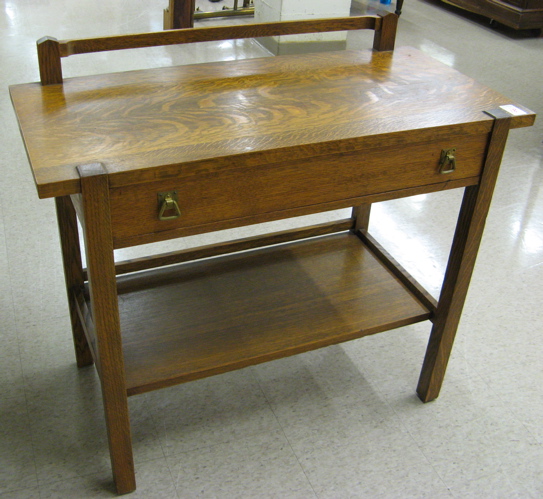 MISSION OAK SERVING TABLE, American Arts & Crafts, early 20th century. The rectangular top has a rail across the back edge and single drawer across the...