Appraise and find values for
MINIATURE MOURNING PICTURE. American or... 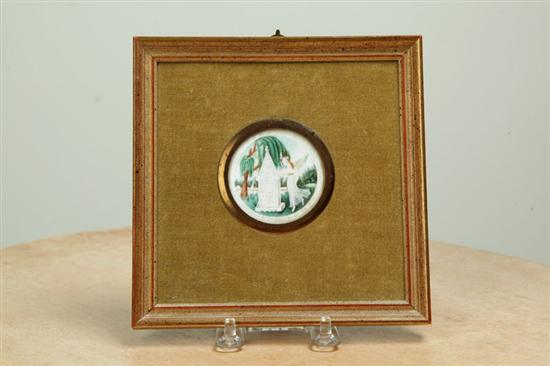 MINIATURE MOURNING PICTURE. American or European 19th century watercolor on ivory. Depicts an angel at a grave with a willow in the background. Illegible...