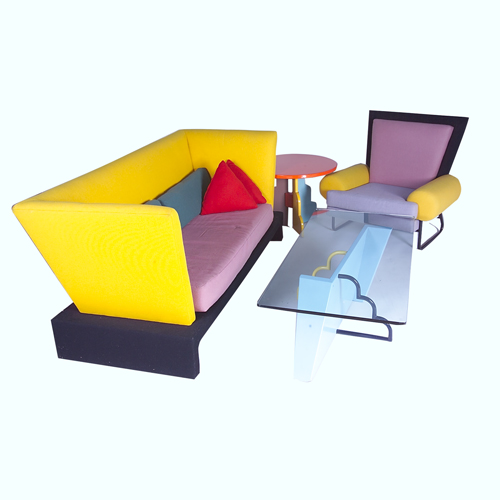 MILO BAUGHMAN/THAYER-COGGIN Four-piece Memphis-style furniture suite consisting of a settee, an armchair, a side table, and a glass-topped coffee table,...