Price guides for MERRIMAC Bottle-shaped vase covered in a...

Appraise and find values for
MERRIMAC Bottle-shaped vase covered in a... 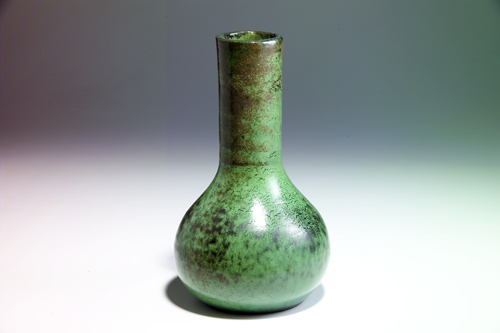 MERRIMAC Bottle-shaped vase covered in a fine feathered light and dark green glaze with brown mottling. Restoration to nicks around rim. Paper label. 9"... [this item is NOT for sale]