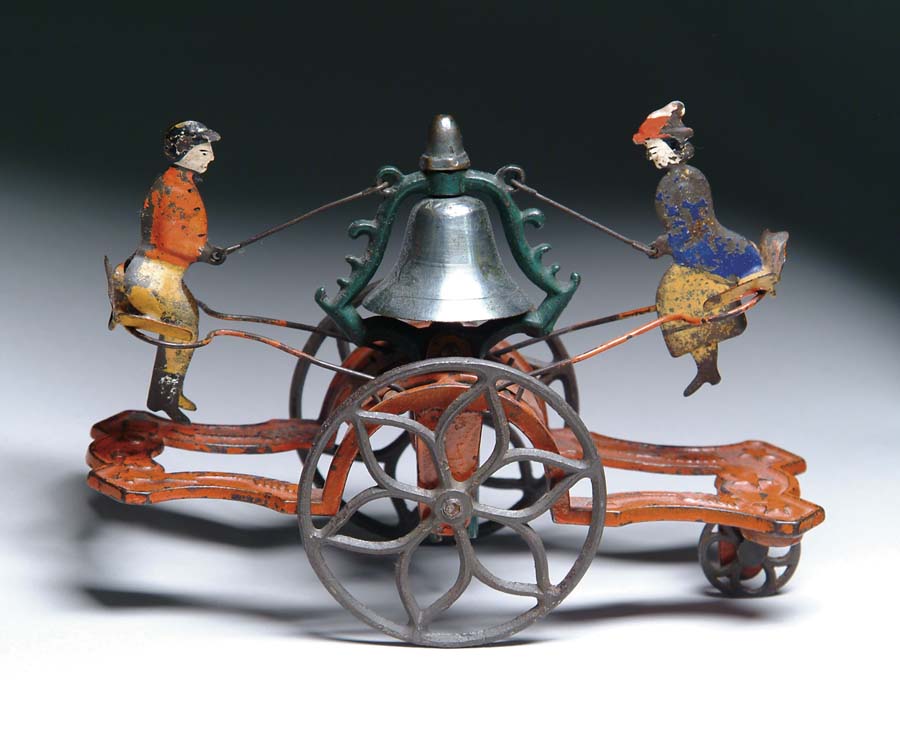 MALE AND FEMALE SEE-SAW BELL TOY. Manufactured by The Gong Bell Co. Referred to as “The Bell Ringers,” this toy features a gentleman and lady on a...