Appraise and find values for
Louisiana School 19th c. "Portrait of a Young... 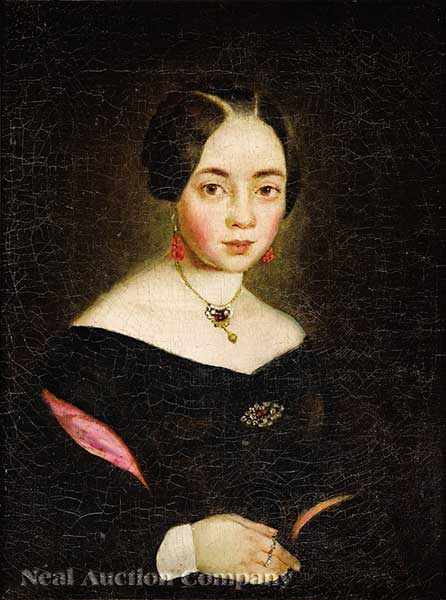 Louisiana School 19th c. "Portrait of a Young Creole Lady" oil on canvas unsigned 12 in. x 9 1/2 in. in a period frame. Note: Similarities exist between...