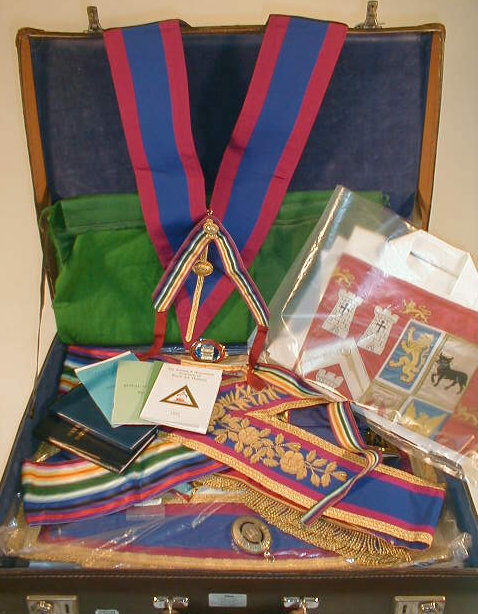 Lincolnshire Masonic Regalia. viz. Royal Ark Mariner Regalia of N Collarette x 2 plus jewel, N Collar and jewel, Apron Principal (all with Rainbows), N=Noah.... [this item is NOT for sale]