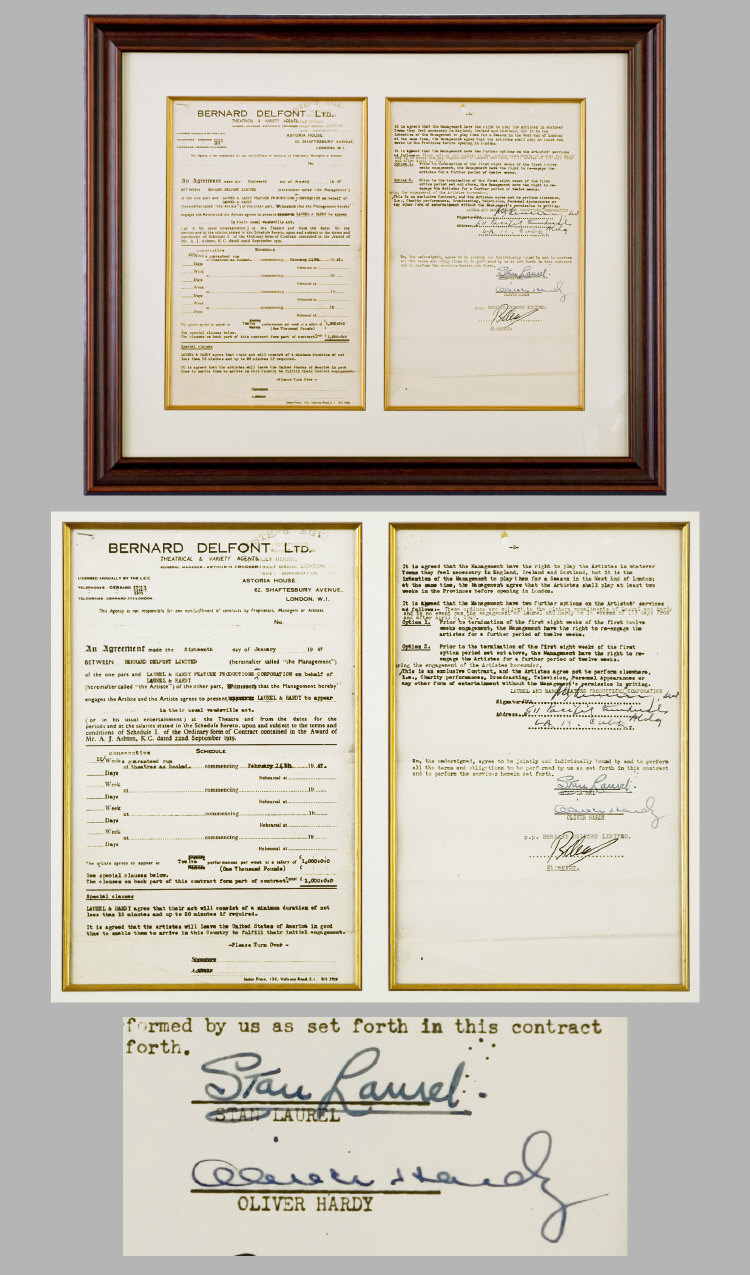 Laurel and Hardy Signed Contract (Framed) A contract between Stan Laurel and Oliver Hardy and Bernard Delfont ltd signed on the 16th January 1947 where...