Price guides for Large Gilt and Lacquered Bronze Figure of...

Appraise and find values for
Large Gilt and Lacquered Bronze Figure of... 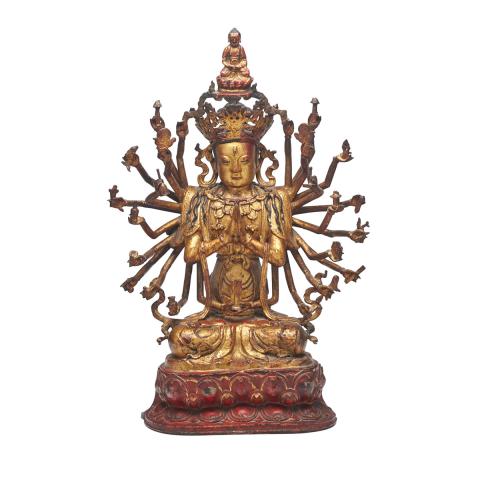 Large Gilt and Lacquered Bronze Figure of Thousand-Armed Avalokitesvara, China, 16th Century Seated in vajrasana on a double lotus pedestal, with... [this item is NOT for sale]