Appraise and find values for
Large English Polychromed and Parcel-Gilt... 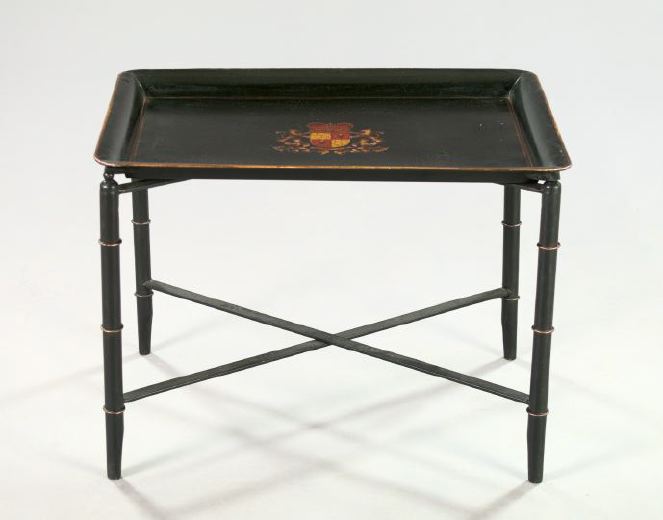 Large English Polychromed and Parcel-Gilt Tole-Peinte Armorial Tray, of oblong form in the George IV style, the armorial in crimson and gold and surmounted... [this item is NOT for sale]