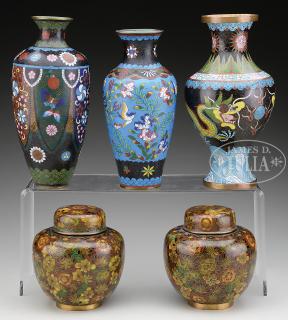 LOT OF CLOISONNE WARES. Asia, 19th/20th century. The lot made up of two Japanese vases with colorful design. Together with a Chinese dragon decorated vase... [this item is NOT for sale]