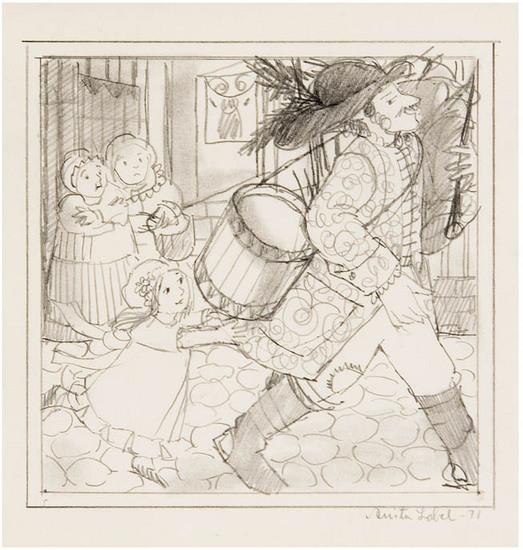 LOBEL, Anita (b. 1934).“Oh, soldier, soldier, won’t you marry me,/With your musket, fife and drum?” Pencil study for illustration in Soldier, Soldier,... [this item is NOT for sale]