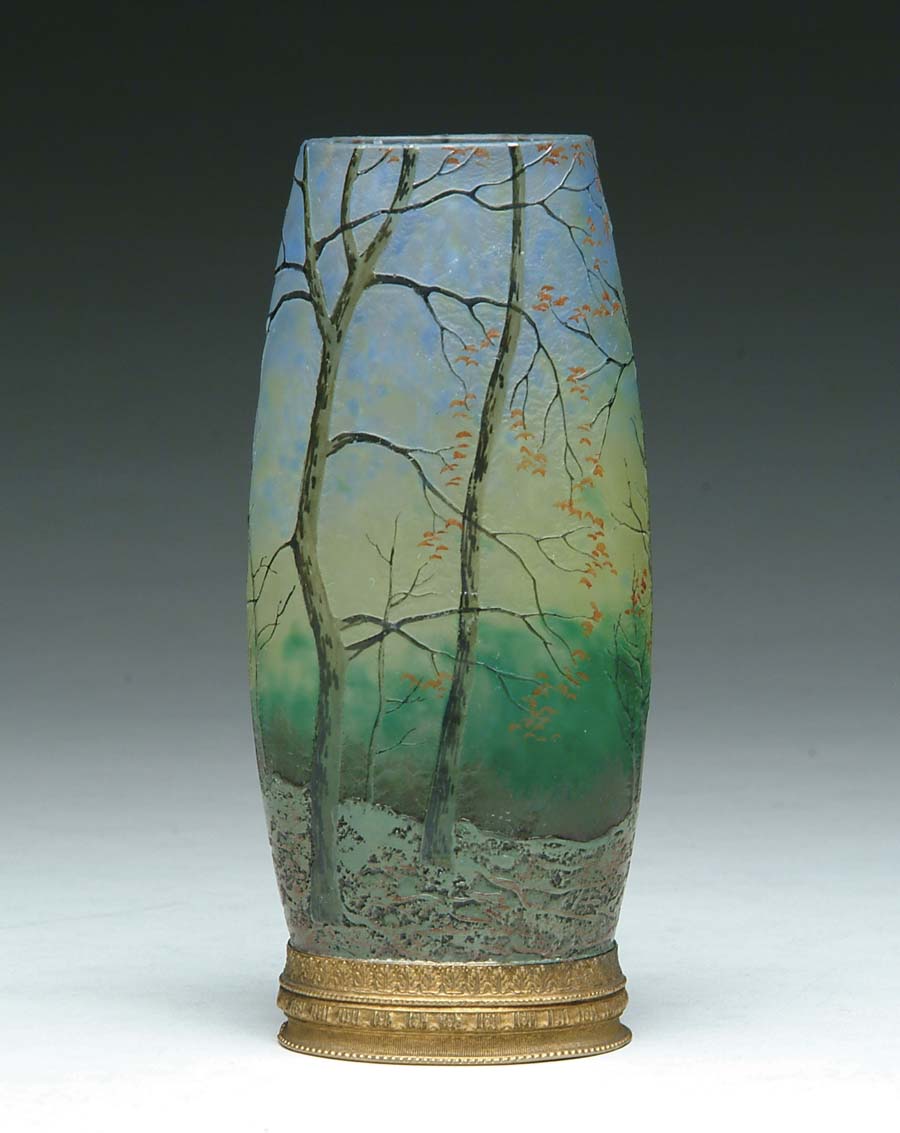 LEGRAS CAMEO VASE. Scenic cameo and enamel decoration of trees with leaves in colors of green and brown on a green, yellow and blue mottled background.... [this item is NOT for sale]