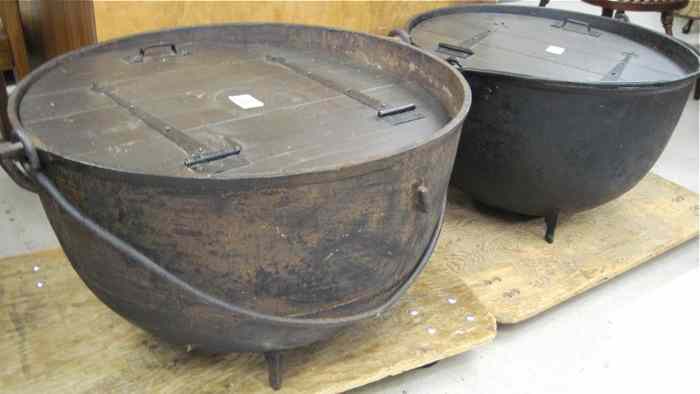 LARGE PAIR OF CAST IRON KETTLES American late 19th/early 20th century each of round cauldron form with bail handle and three spike feet. Dimensions: 16.25''H... [this item is NOT for sale]