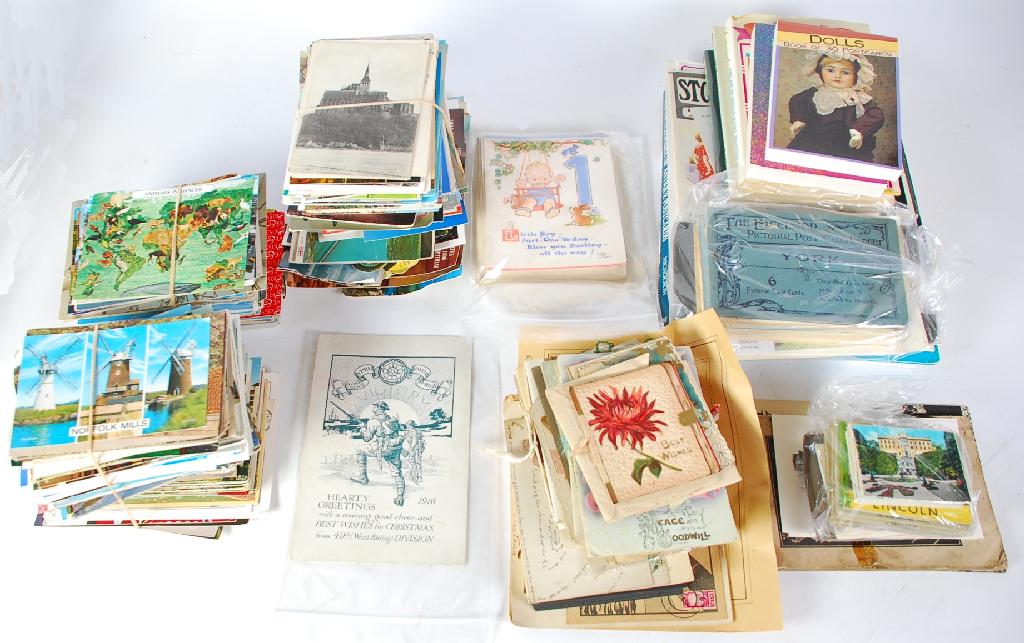 LARGE NUMBER OF LOOSE POST WAR POSTCARDS together with 12 printed silks of Regimental and Foreign flags etc, 13 duplicated Mabel Lucie Attwell designed... [this item is NOT for sale]