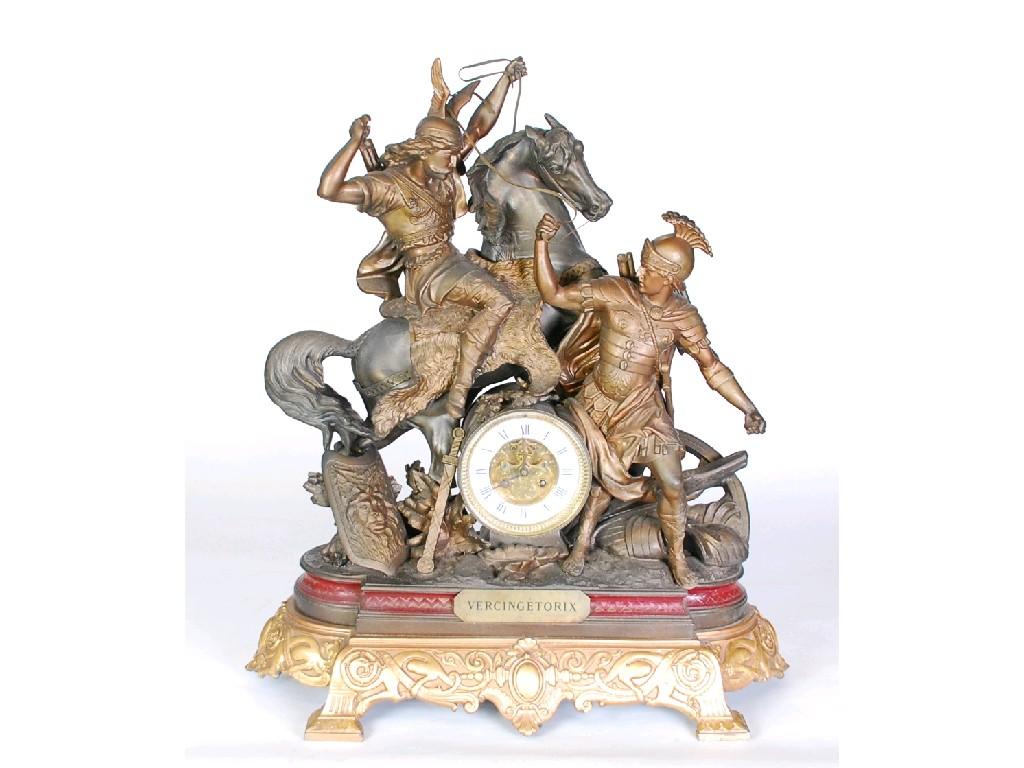 LARGE NINETEENTH CENTURY FRENCH BRONZE PATINATED AND GILT SPELTER MANTEL CLOCK, the drum cased movement by S. Marti and Cie, Paris with visible escapement,... [this item is NOT for sale]