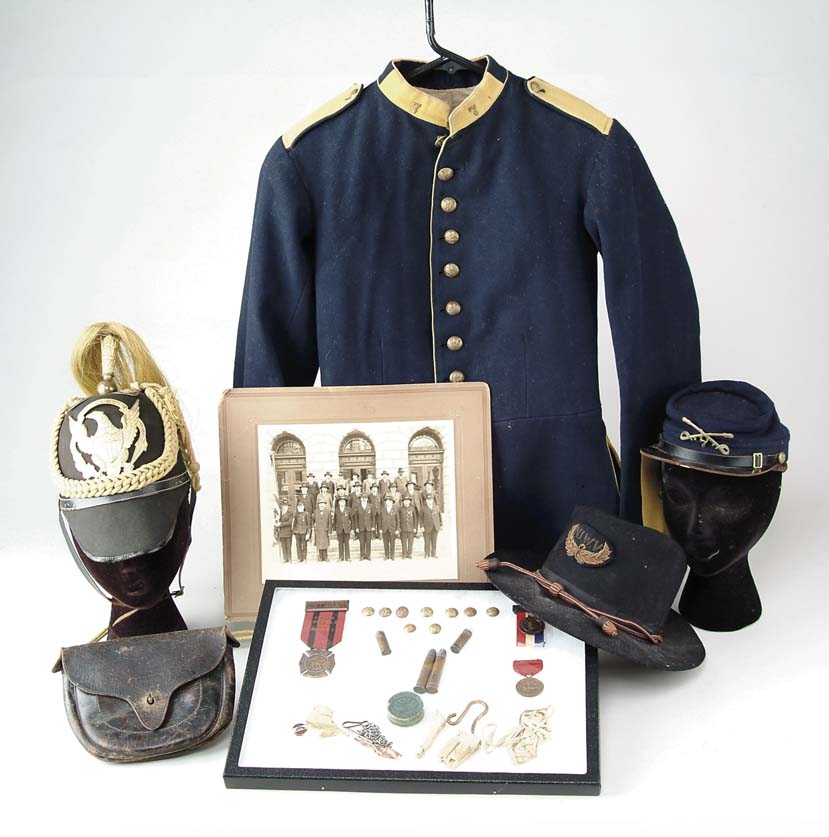 LARGE LOT OF CUSTER ERA 7TH CAVALRY UNIFORMS & MATERIAL. This lot was the property of John Walsh. Mr. Walsh was apparently a Private, having enlisted in... [this item is NOT for sale]