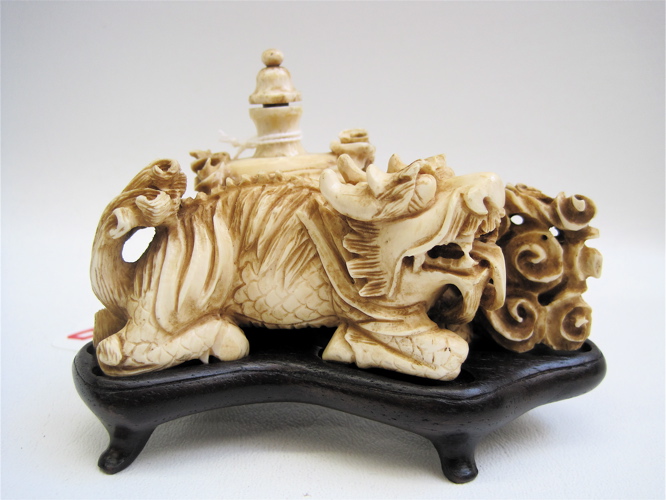 LARGE IVORY CARVED FIGURAL SNUFF BOTTLE attached to a large horned foo lion with side mount of stylize flowers, the bottle with spoon accented with flowers... [this item is NOT for sale]