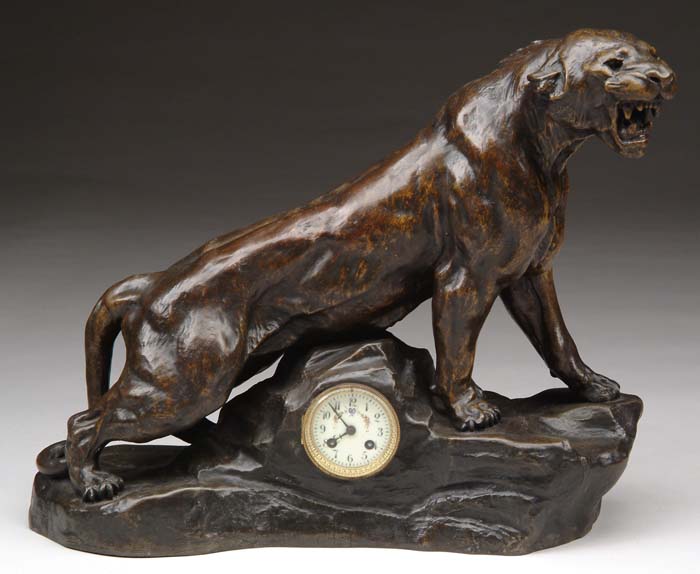 LARGE FIGURAL LION CLOCK. Bronze patina spelter figure of a fierce lion is signed “Cartier” and has a round medallion “Made in France Fabrication...