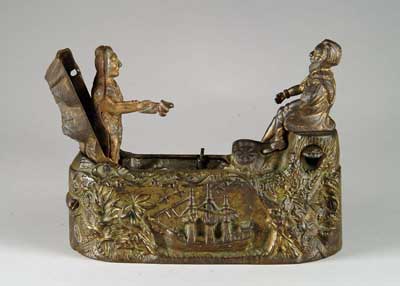 LANDING OF COLUMBUS MECHANICAL BANK. Gold tone, highly embossed bank with images of ship, Indian hunting buffalo, and "Columbus" in pierced letters on... [this item is NOT for sale]