Price guides for LAMQUA, Guan Qiaochang A portrait of a Hong...

Appraise and find values for
LAMQUA, Guan Qiaochang A portrait of a Hong... 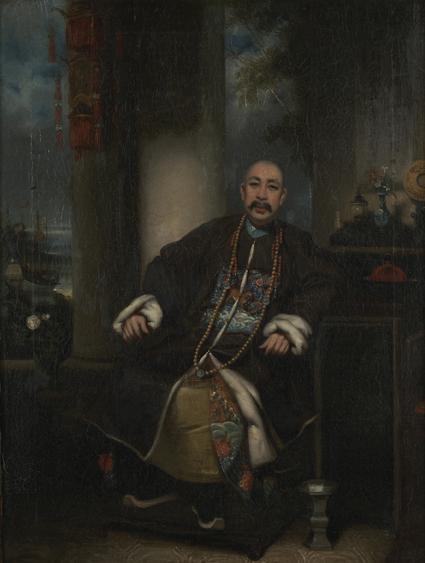 LAMQUA, Guan Qiaochang A portrait of a Hong merchant, identified as Chin Qua, or Mowqua (Wu Bingjian) seated on a terrace in front of a pillar, with a...