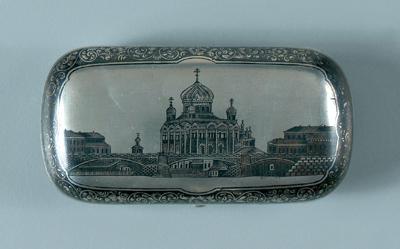 Khlebnikov niello silver case, rounded rectangle, front with view of St. Isaac's Cathedral in St. Petersburg, back with scroll and foliate decoration,... [this item is NOT for sale]