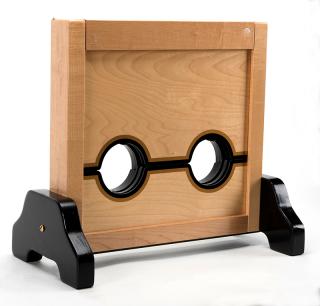 Karson Wrist Chopper. Asuza: Owen Magic Supreme, ca. 1995. A large metal blade with two holes in its center is pushed through the wrists of two spectators... [this item is NOT for sale]