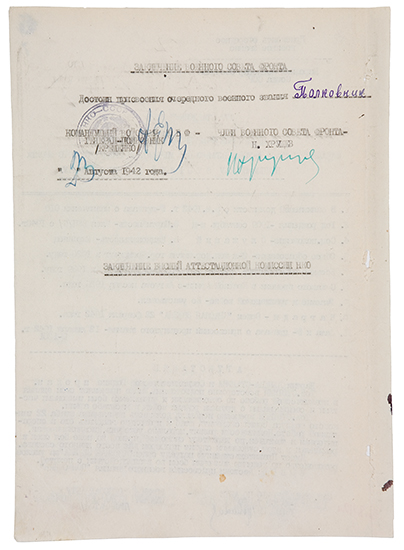 KHRUSHCHEV, NIKITA SERGEYEVICH. Typed Document Signed, "NSKhrushchev," as a member of the Military Council of the South-Western Front, in Russian, in green...