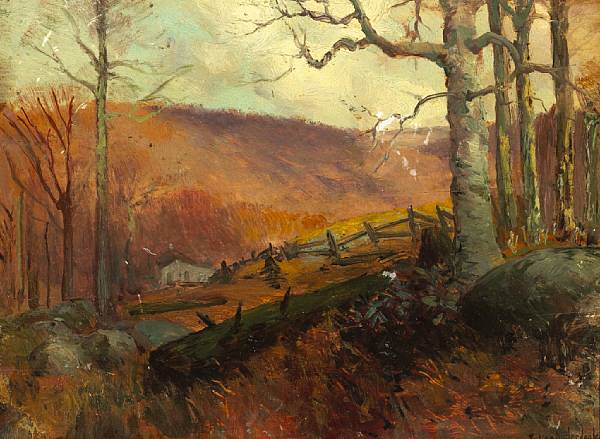 Julian Onderdonk (1882-1922) April Morning in the Catskill Mountains, 1909 signed 'Julian Onderdonk' (lower right) and titled, signed, dated and inscribed... [this item is NOT for sale]