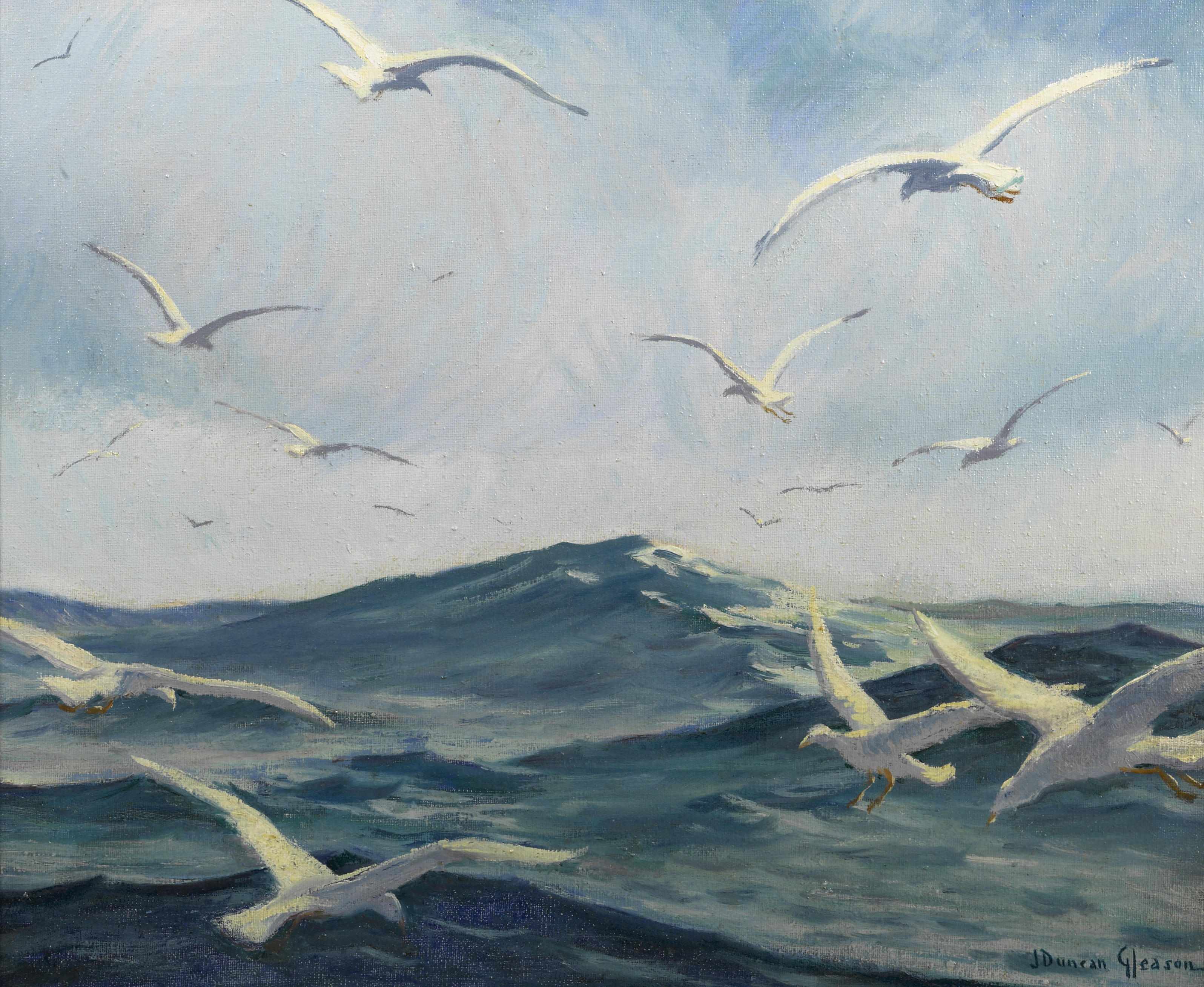 Joe Duncan Gleason (American 1881-1959) Gulls signed 'J Duncan Gleason' (lower right) and titled 'Gulls' on the artist's label (on the reverse)oil on canvas16... [this item is NOT for sale]