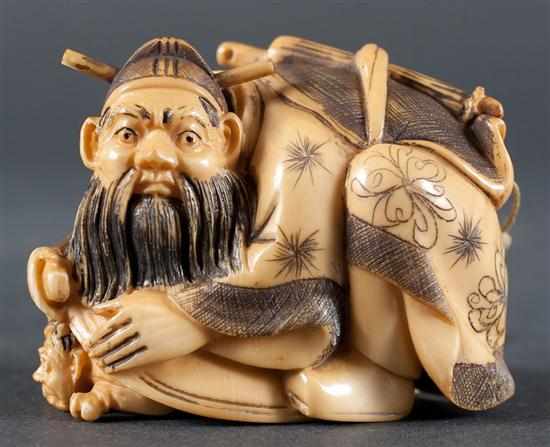 Japanese carved ivory netsuke: shoki capturing oni under a basket signed 1 1/2 in. H. Estimate $ 80-125 There are no apparent breaks or repairs. Prospective...