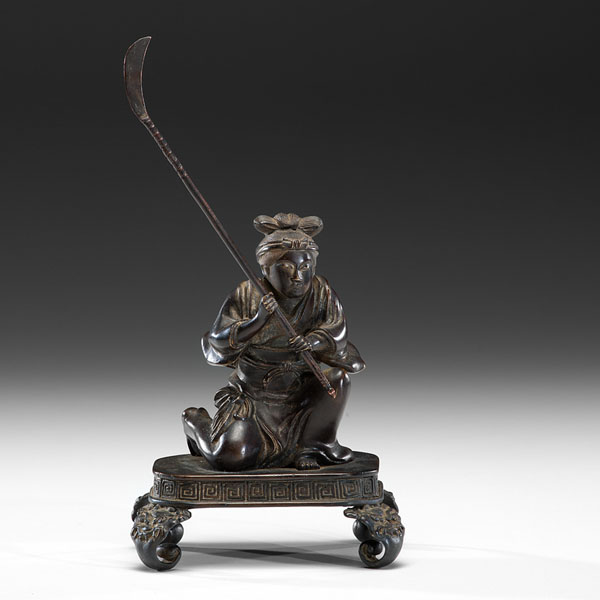 Japanese, Meiji period. A cast bronze Samurai figure kneeling and holding a naginata, resting on a footed pedestal. Ht. 10.25 in (with base and naginata)....