Price guides for Japanese Ivory Figure of a Cormorant Fisherman...

Appraise and find values for
Japanese Ivory Figure of a Cormorant Fisherman... 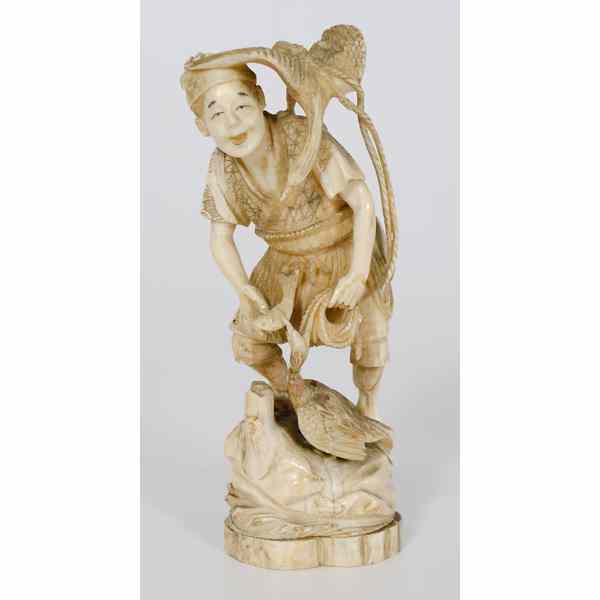 Japanese Ivory Figure of a Cormorant Fisherman Japanese. A carved and inked standing ivory figure with two cormorants unmarked. The bird on the ground... [this item is NOT for sale]