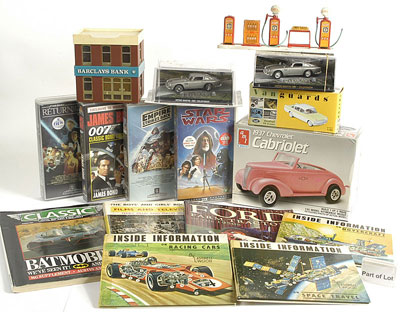 James Bond Cars, Videos, Motoring Books. To include Eligor James Bond Aston Martin DB5 - Goldfinger and another but released in conjunction with a magazine,...