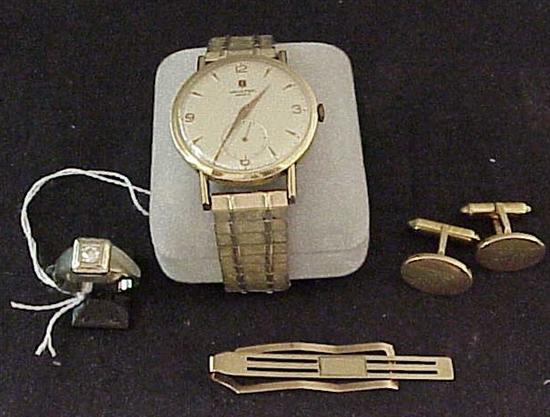 JEWELRY: One man's gold filled Universal Geneve 17 jewel watch with yellow stretch band and a pair of Krementz cufflinks along with a 10K yellow gold man's...