Appraise and find values for
JAY GOULD TESTIFIES IN A VERMONT COURT (GOULD,... 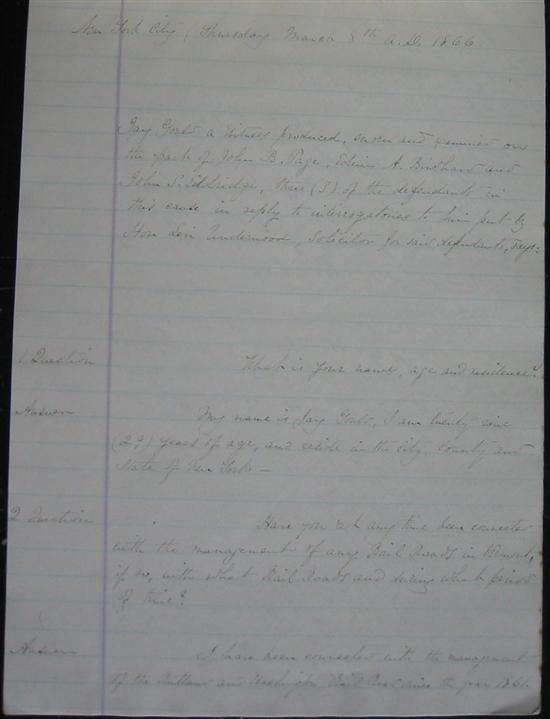