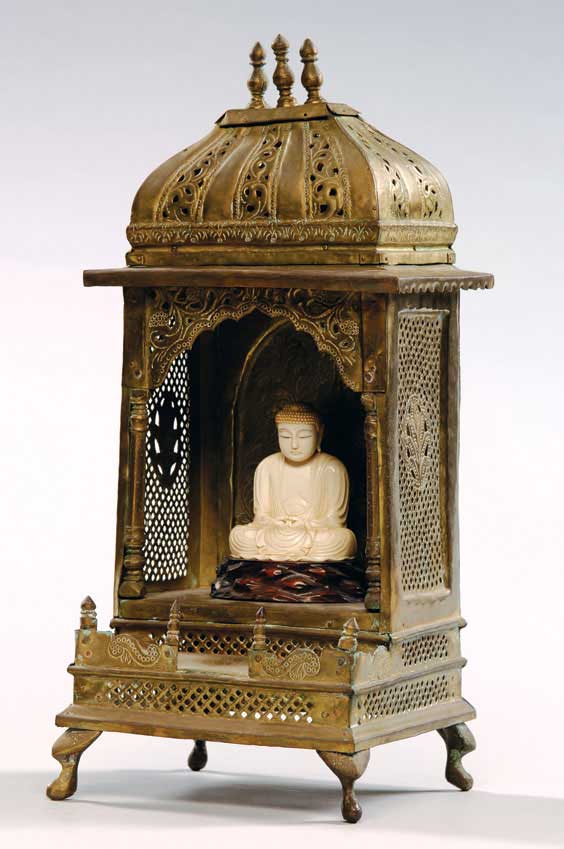 JAPANESE IVORY BUDDHA IN SHRINE Antique Japanese carved ivory okimono of a Buddha with "bead" hair, in draped robes seated with his hands resting in front...