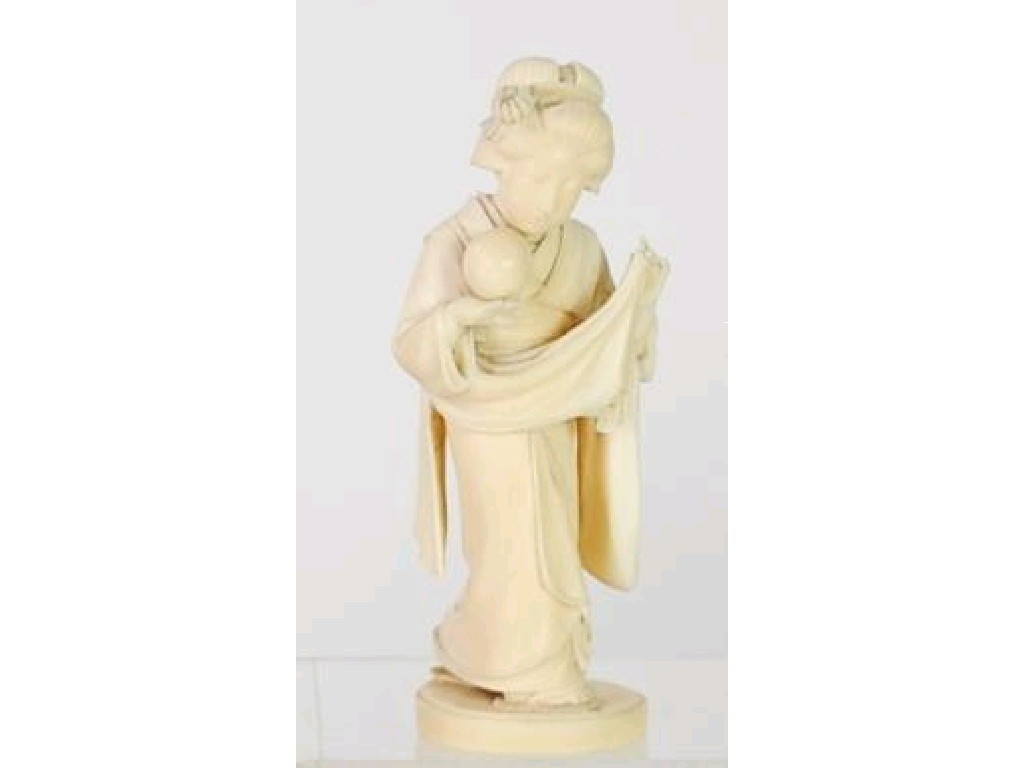 JAPANESE FINELY CARVED ONE PIECE IVORY OKIMONO of an elegantly robed and coiffured female conjurer balancing a ball upon the back of her right hand, holding...