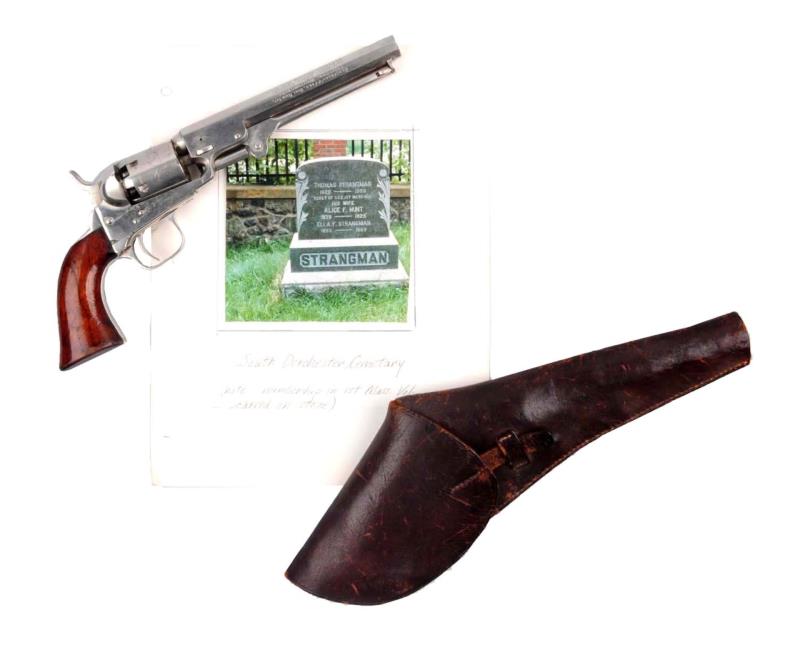 Inscribed-Pres. Colt Model 1849 Pocket Revolver. Serial # 200650 According to the Colt Factory Research letter, this revolver was shipped to Wm. Read &...