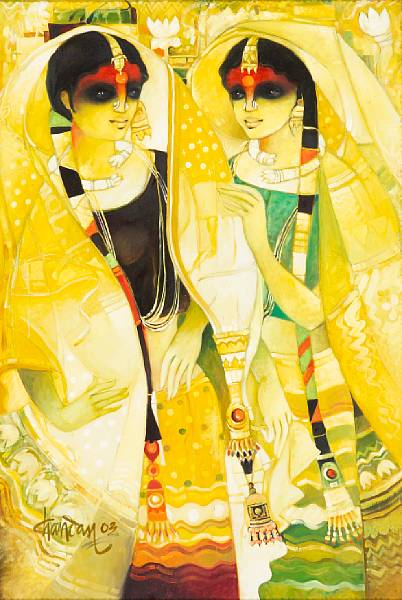 Indian, Himalayan, and Southeast Asian Works of Art Property of various owners Two beauties Oil on canvas, framed; signed and dated chandan 03 lower... [this item is NOT for sale]