Price guides for Indian Carved Ivory Figure of a Buddhistic...

Appraise and find values for
Indian Carved Ivory Figure of a Buddhistic... 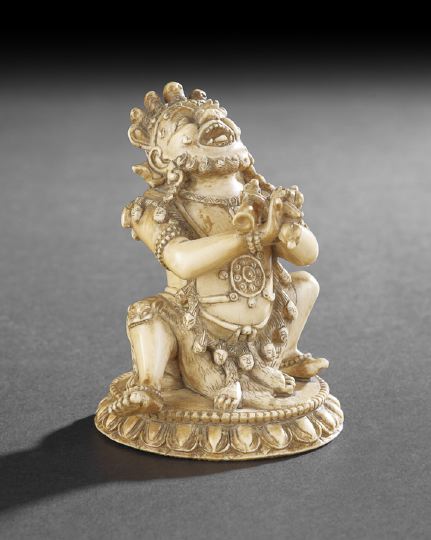 Indian Carved Ivory Figure of a Buddhistic Demon Deity, 19th century, the figure clad in a tiger skin, jewelry and wearing a crown of skulls, depicted... [this item is NOT for sale]