Appraise and find values for
Indian Bronze Figure of a Bull 13th Century... 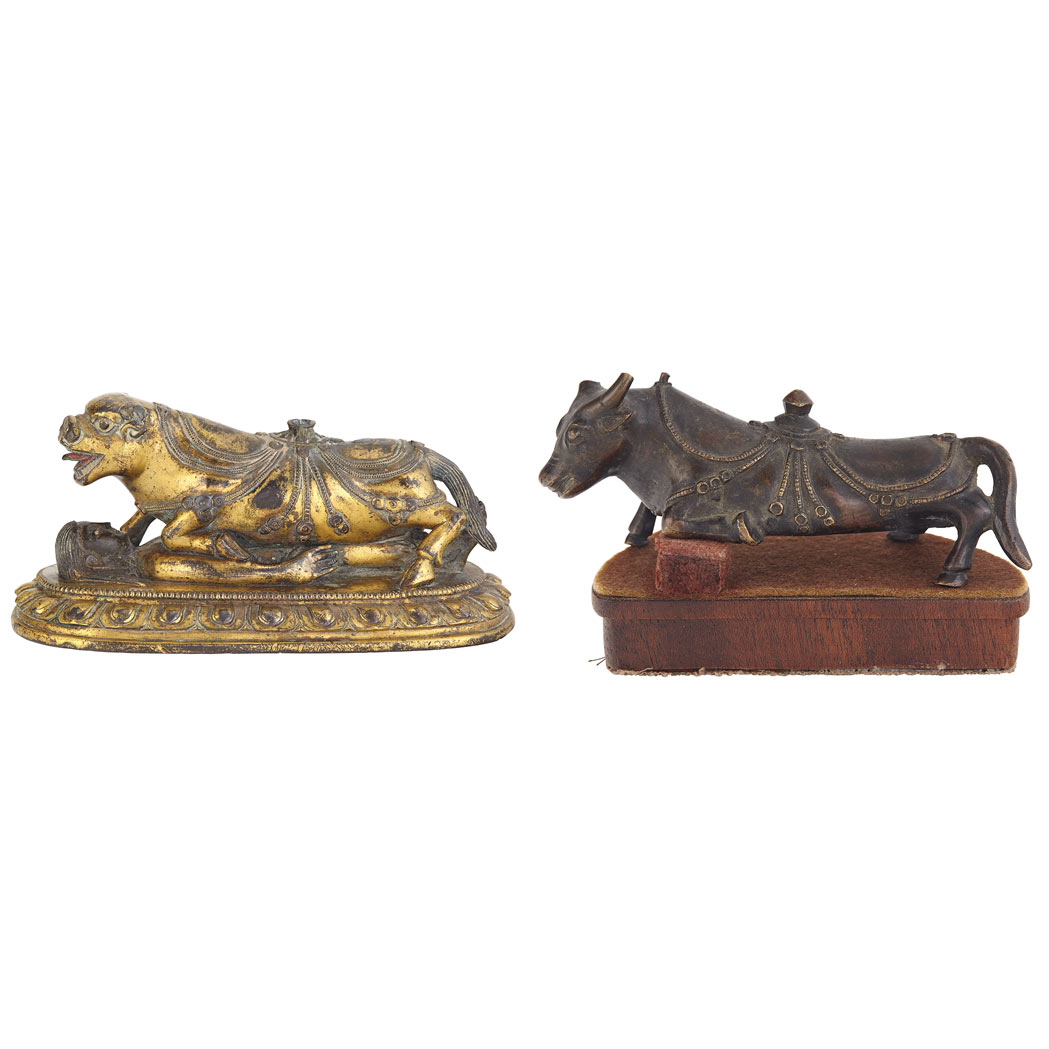 Indian Bronze Figure of a Bull 13th Century Draped in ornamental trappings; Together with a Sino-Tibetan Gilt-Bronze Bull. 17th Century. Lying on a...