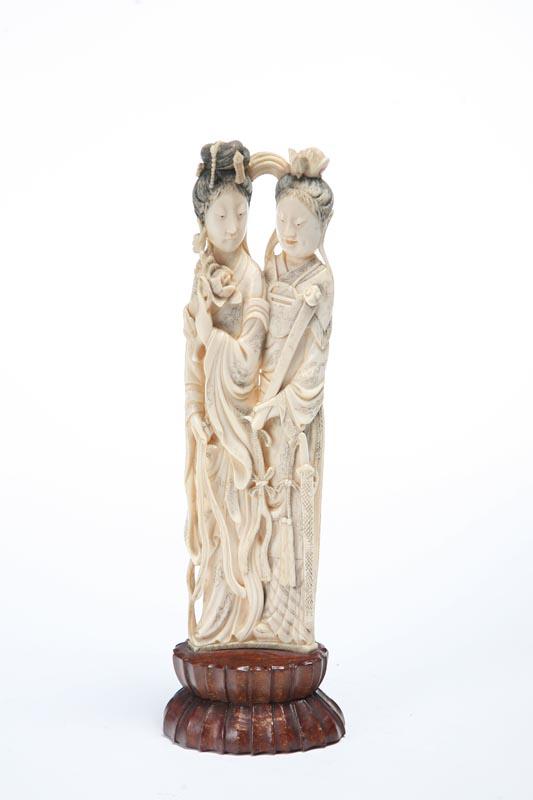 IVORY CARVING. Chinese, late 19th century. Two figures, one of a woman with a lotus blossom, the other of a man with a scepter and sword. Inked details....