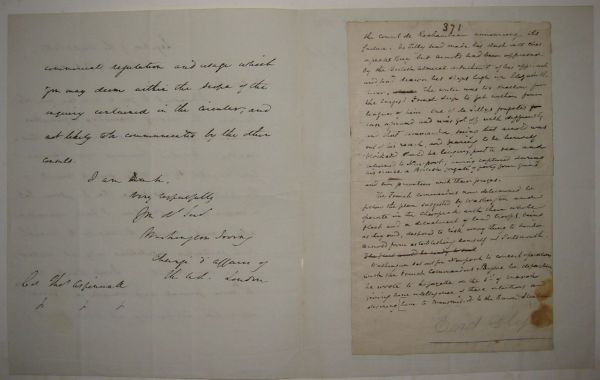 IRVING, WASHINGTON. Autograph Letter Signed, as Charge d'Affaires for the United States at London, to Thomas Aspinwall, U.S. Consul at London, regarding...