Price guides for INDIAN IVORY FIGURE OF A GODDESS. ...

Appraise and find values for
INDIAN IVORY FIGURE OF A GODDESS. ... 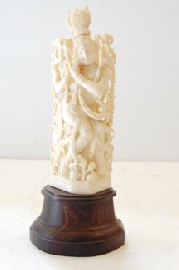 INDIAN IVORY FIGURE OF A GODDESS. ... [this item is NOT for sale]