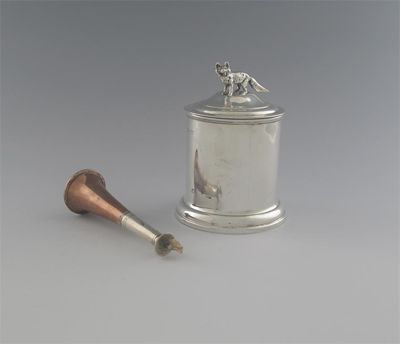 Hunting Interest: a modern novelty spirit lighter in the form of a hunting horn, partly copper plated, by Asprey & Co. Ltd, London 1928 and an Edwardian... [this item is NOT for sale]