Appraise and find values for
Humorous Men of The Cloth Tobacco Jar Heads... 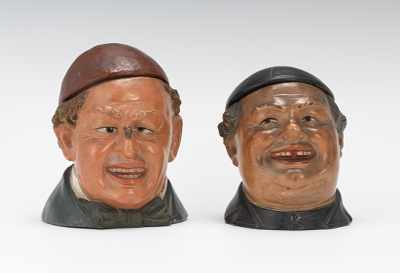 Humorous Men of The Cloth Tobacco Jar Heads Attributed to Bernard Bloch Both pottery with colors very expressive heads with cap lids one with bug on nose... [this item is NOT for sale]