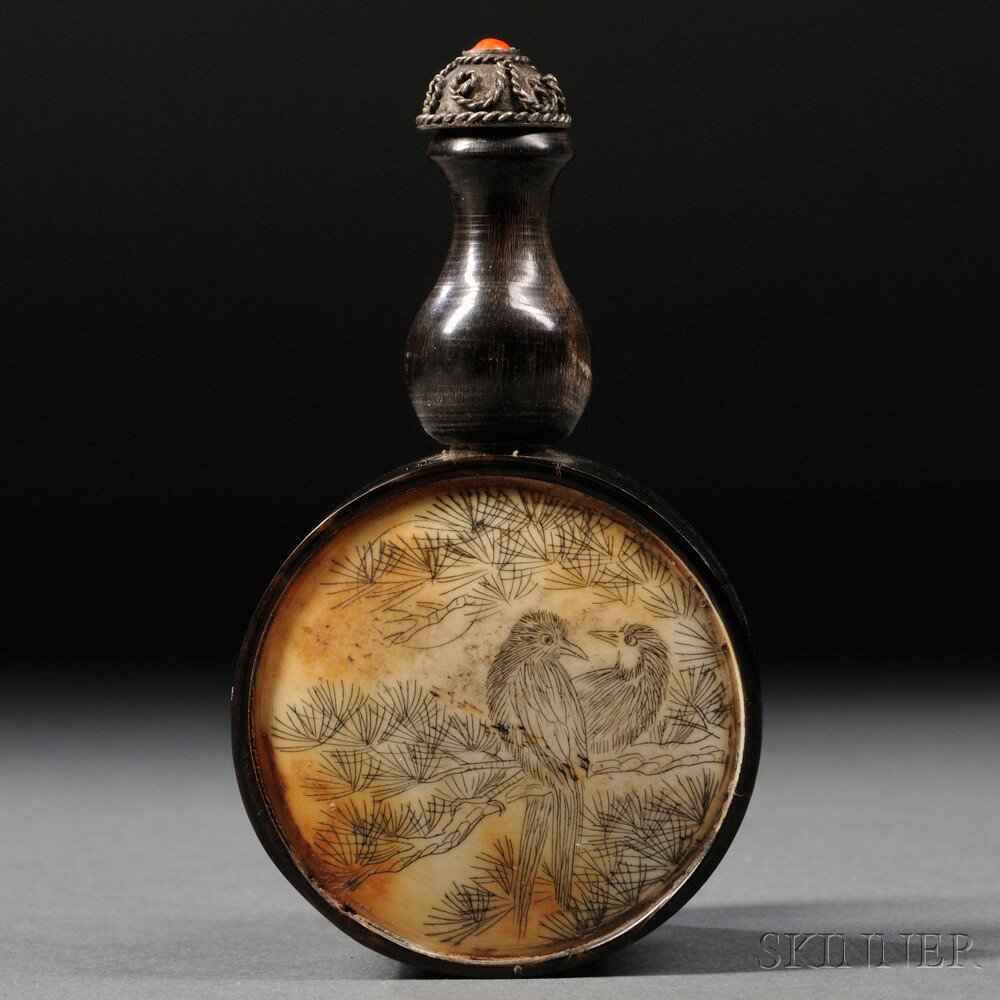 Horn and Ivory Snuff Bottles, China, 19th/20th century, drum-shaped, decorated with two ivory circular insets, incised with a lewd scene on one side and... [this item is NOT for sale]