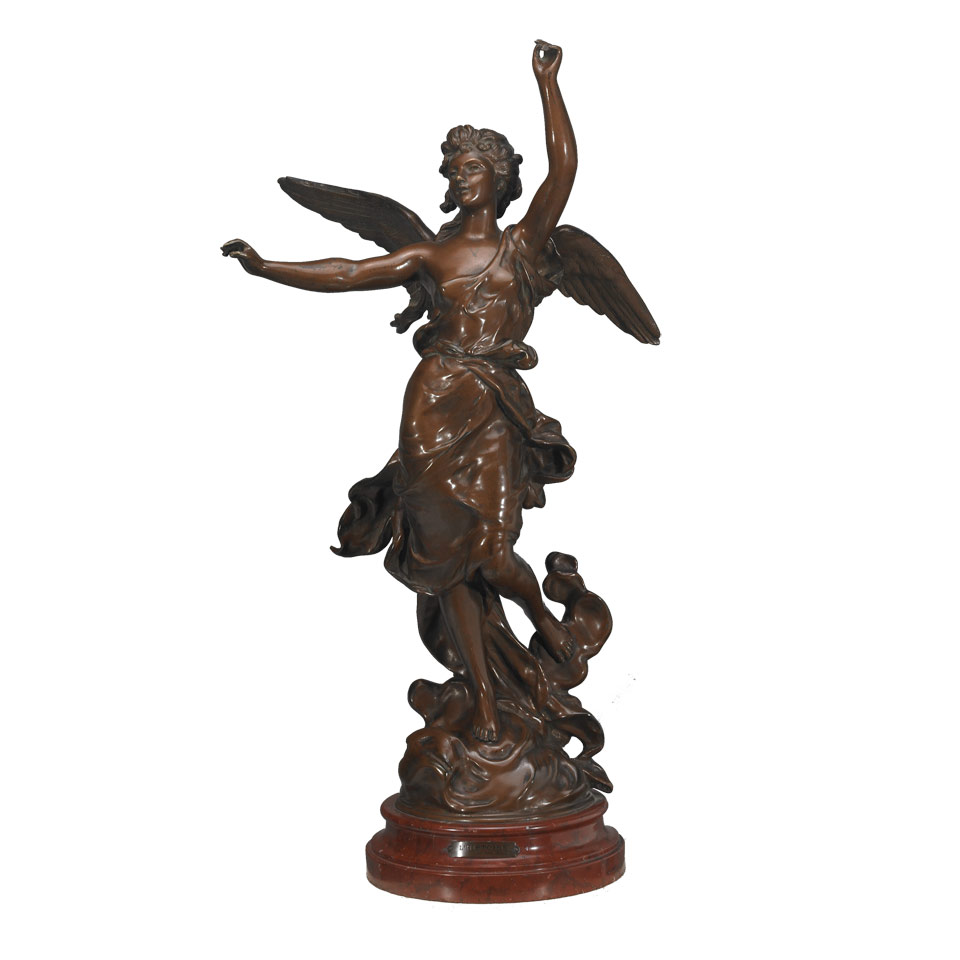 Hippolyte-François Moreau (French, 1832-1927) L’HISTOIRE patinated bronze on titled turned rouge griotte marble base signed in the mould Hip. Moreau ... [this item is NOT for sale]