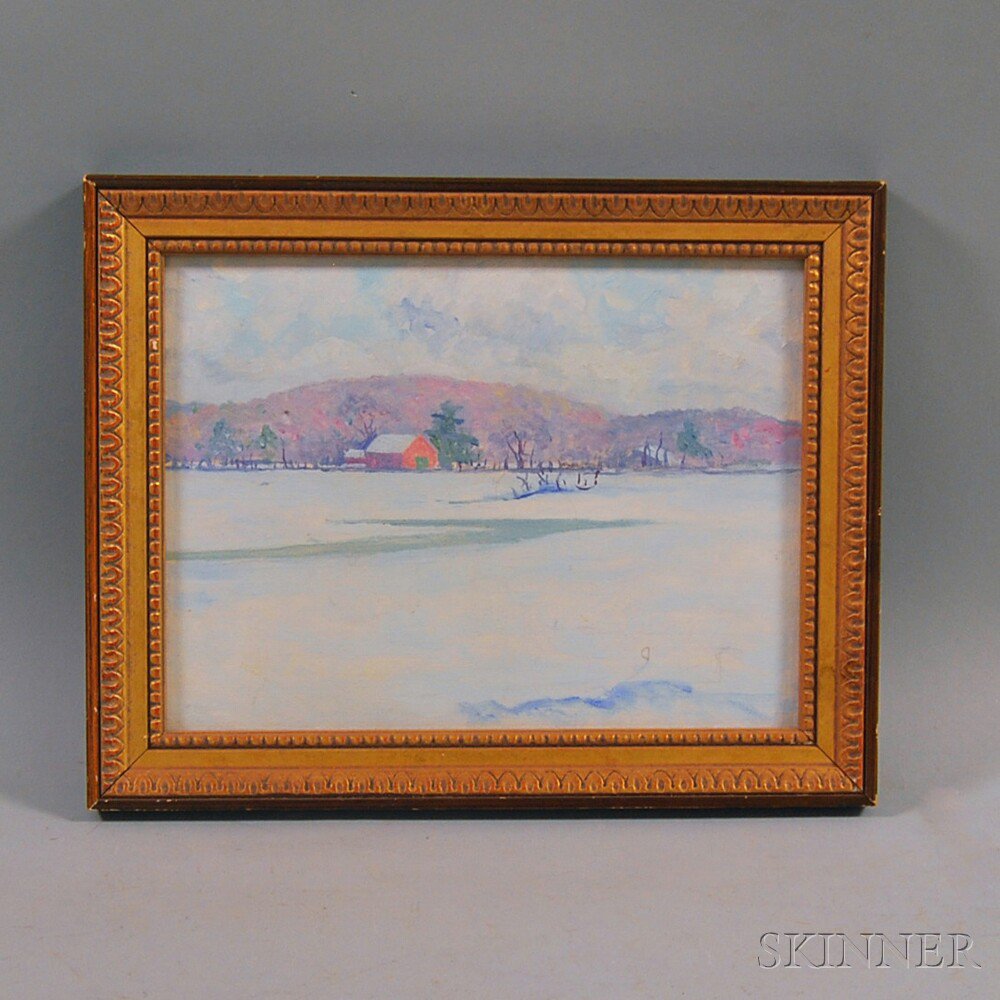 Henry Howard Brooks (American, 1898-1981) The Red Barn in Winter. Unsigned, identified on a label from The Copley Society of Boston on the frame backing... [this item is NOT for sale]